“Far from home but on the way
we will while away the day,
to seek with myth and memory
the taste of how we used to be.”

These two PDFs contain elaborate expansions to the world of Wanderhome, exploring all corners of the Haeth.

Far From Home But On The Way is a cookbook for the world of Wanderhome by the award-winning designer Jeeyon Shim. It features more than a dozen recipes for various sweets, meals, soups and snacks that would probably be eaten by travelers on the road, in addition to history about that food and a few special games you can play with your friends within a game of Wanderhome.

These are designed to work with the Wanderhome core rulebook. You can purchase PDF copies of Wanderhome on Itch.io here or snag physical copies here.

In order to download this extras you must purchase it at or above the minimum price of $5 USD. You will get access to the following files:

is there a way to make the playbooks printer friendly with no colour background?

Bought this for the dhaba -- full paisa vasool, something too long missing from TTRPGs. Unexpected bonus: we lost my dad's best fishing buddy last year, and the spincaster is a beautiful way for me to bring their time together into my own stories.

so i backed the ks, and could've sworn i claimed this a while back (i even have the cookbook downloaded), but it's not registered on my account as such? i'm not really sure what happened.

Weird! Email us at main@possumcreekgames.com and we'll give you a code.

Heyo Jay idk if it’s already been asked but if we purchased a physical copy of Wanderhome from our nearby FLGS are we able to claim PDF’s for both “Wanderhome” and the “FFHBOTW and Guest Natires Additional Content”?

Hi! I'm afraid that the stretch goal materials are only available for Kickstarter backers, or people who pay for the PDF. The Wanderhome core PDF should be available through your FLGS, and if it's not, please email us at main@possumcreekgames.com for a code!

Hi! Could you post the actual introduction for the orchidist in the errata, along with the corrected amusement park lore? I'm really curious to read it + play with that playbook.

Thank you for making such a beautiful game + extras!

No worries, just thought I'd ask

The Nursery calls itself a "mine" in its description.

I love these! I just can't get enough of Wanderhome content. What a delight.

I've noticed that in the playbooks, there is some inconsistency in the heading "Ask 1 to the left and 1 to the right."

The Historian's headings have the same issue of spelling out numbers instead of using numerals in a couple other places; for instance, it also makes the same substitution in "During each holiday between the seasons, choose one you haven't chosen before."

Thank you for pointing that out! Because these were stretch goals, they weren't edited as vigorously and we kept a few authorial idiosyncrasies.

These are all so lovely; thank you so much!

I have a small error to point out if you haven't caught it already: the description for the Nursery reads "A mine is a place" instead of "A nursery is a place".

Reply
some weary wanderer1 year ago

Are the battlefield and the amusement park meant to have the same list of potential folklores?

Hi! Please see the errata in the description. We Will be fixing this as soon as we can.

oh, well I guess I'm blind. Sorry about that

Although having the carnival telling stories of the war in puppet shows, theatricals, and even games and sideshows, could be very suitable, I think. Telling the same stories as the battlefields, but in a very different way.

It's a fun mistake , but still unfortunately a mistake. A cool space for someone else to play around in, though!

This is a glorious collection of playbooks!

You have already caught it in your typo hunting, but The Orchardist has the same opening paragraph as The Historian. I'm keen to play both, either way...

Came here to highlight this!

Though while I'm here - I adore these playbooks and they're making me tear up. Big love to everybody on the wanderhome team!

These look awesome! Is it possible to get a hardcover option over the pdf?

We are selling physical books at the linked site here! You can also buy physical copies at Indie Press Revolution or your local game store

These are fantastic, thank you so much! :) 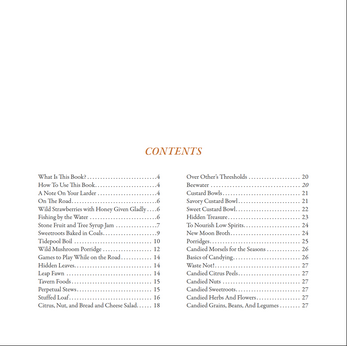 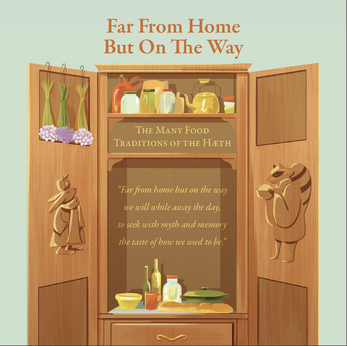 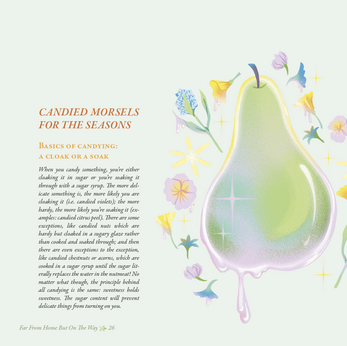 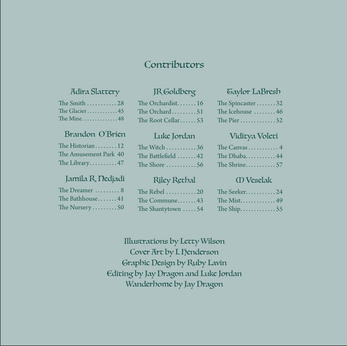 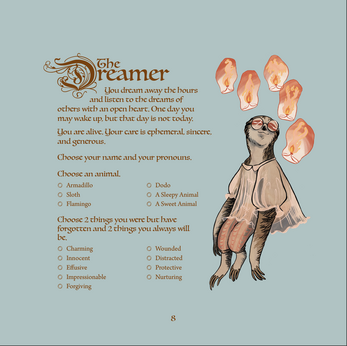 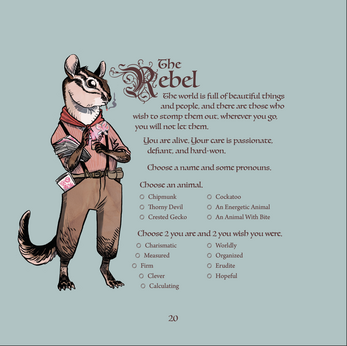 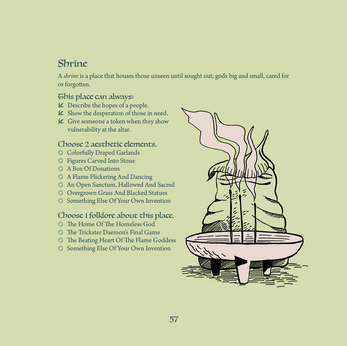